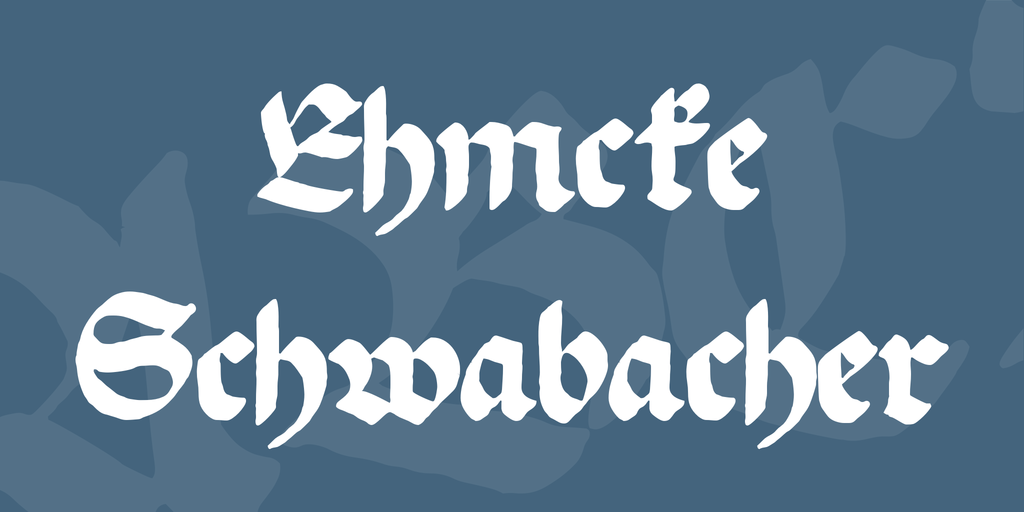 From the original German description: Another font from 1941 in its third edition with shower & Co. published “German Writing Booklet” by FH Ehmcke. 8 out writing can be found in this book Schwabacher. To this end, writes Ehmcke:
A German script, which is developed from the personal handwriting of their time and in contrast to the Gothic Missal- and texture type is based on the use of the oblique fault. The whole trend of Scripture comes in the width and in the rounding; it therefore has a longer write-liquid character and is more suitable for secular and general texts, although the clock elements of gothic font, the strong emphasis on the vertical bars, the highlighting of certain closely guided constants by upper and lower lengths are preserved, even an increase by obtain that the long s, f, ß and h set descenders.