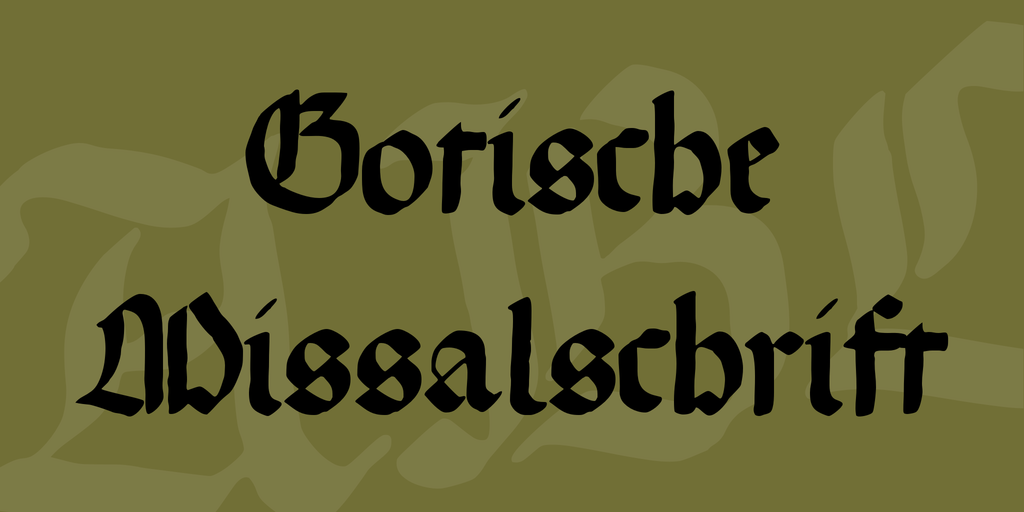 Download Gotische Missalschrift Font for free. Gotische Missalschrift Font is a font / typeface offered for free by Peter Wiegel, the designer and original author. Please note that if the license offered here is non-commercial then you will have to obtain and buy a commercial use license. You can use the buttons to the right to download the free font or search for a commercial font license.

Translated from the original German description: Yet another font from 1941 in its third edition with shower & Co. published in the “German Writing Booklet” by FH Ehmcke. the 6th font in this book, the Gothic Missal. This is how Ehmcke writes a slightly rounded Gothic script, which is written with the wide foutnain pen straight posture. It is very simplified and has no feet. When you pay attention to a certain narrowing and emphasizing in the vertical direction. The capitals are easily decorated by doubling. At that time, as this gothic fonts were in use, there were no capitalized nouns in the German spelling; Incidentally, the font was mostly used for latin texts. At that time, these capital letters served to distinguish the sentence beginning and certain accented words beside uncials that are mostly, in contrast to the black font, in red color. From this ornamental use, the forms have retained their richer education.